The Hunt for Red October by Tom Clancy

The Hunt for Red October, by Tom Clancy, started the action adventure series featuring Jack Ryan, a CIA desk analyst. The novel was written in 1984 by Clancy and subsequently made into a popular film in 1990, starring Sean Connery and Alec Baldwin.  It became a best-seller after President Ronald Reagan mentioned that he’d read it during his summer vacation.  It also became a favourite (not required reading but close to it) of US military personnel, and particularly submariners in the US Navy, who greatly appreciated the technical accuracy displayed throughout the book.

Jack is an analyst who had been seriously wounded whilst serving in the US Marines.  After recovering in the military hospital and learning to walk again, he joins the CIA, observing and analysing movements of foreign forces. One such movement is the erratic path of a state of the art Russian submarine.  Called Red October it is captained by the legendary Commander Ramius and it is Jack who realises that the sub is not approaching the USA to fire its nuclear weapons but to seek asylum for itself and its crew.  It takes fast talking by Jack to convince the US military not to destroy the sub and a task force personally led by Jack to make contact with the sub and lead it into safe waters.

Clancy himself was somewhat of an enigma.  Whilst he never claimed to have served in the military, his novels exhibited unsurpassed, but readable, technical detail.  Further myths circulated, claiming that Clancy was personally briefed by The White House before he wrote each novel.

In later years, Clancy co-wrote the Jack Ryan series with three co-authors. Since 2013, Mark Greaney and Grant Blackwood have continued the series, their quality and style of writing matching the original Clancy output.

Recommended for male readers who enjoy stories of espionage and military adventures spearheaded by political intrigue, set against the international stage. 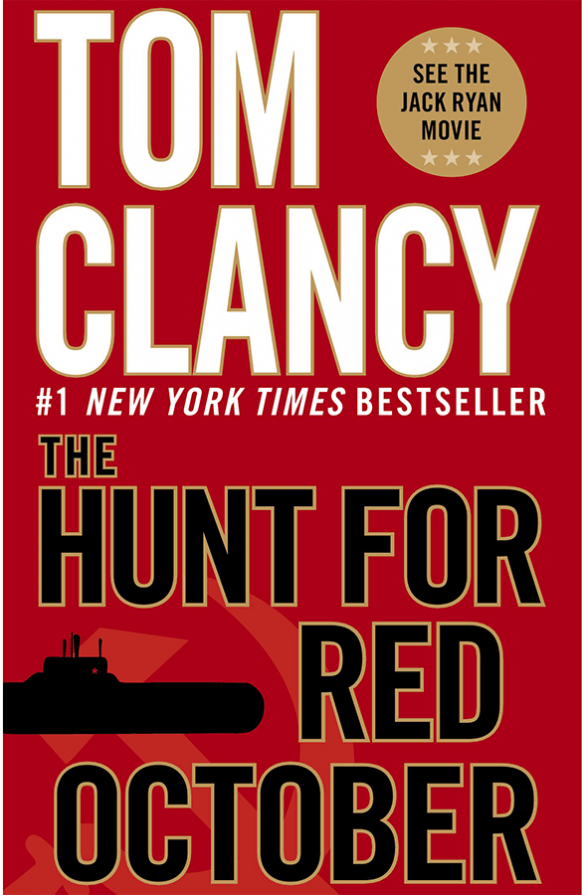