The Ghosts of Paris (Billie Walker #2) By Tara Moss

Billie Walker, Private Investigator, is hired by a wealthy client to find her husband, who has been missing for over two years. Her husband’s last letter was from Paris, so Billie and her able assistant Sam fly (in a most uncomfortable airplane) to London, then Paris. But it’s not only Mrs. Montgomery’s husband that is missing. Billie has not heard from her own husband, Jack, since 1944 when he disappeared during the fighting in Warsaw. Will she find out Jack’s fate as she searches for Mr Montgomery?

Billie is well ahead of her time and her progressive ideas make her an appealing protagonist. She is, for example, outraged by the White Australia policy legislation, referring in particular to the dictation test that demanded immigrants to Australia pass a dictation test in a European language, thus excluding non-European immigrants. She has befriended an indigenous woman Shyla and refuses to treat her any differently to her other female friends, even if the staff at the Central Station Cafe sniff and refuse to acknowledge Shyla’s existence. And she has the audacity to wear trousers to the Hotel Ritz Paris where she is told she cannot enter the hotel:

‘I do apologise, Mademoiselle. It is illegal for a woman to wear trousers in Paris without a police permit, you see. The hotel policy applies even to Marlene Dietrich when she is at the Ritz.’

The Ghosts of Paris has a wonderful mix of locations: post war Sydney, London and Paris and Moss uses these setting to illustrate how WW2 affected the world in different ways. The spectre of atrocities committed during the war and the hunt for war criminals looms large.

This is the second Billie Walker novel and Tara Moss has created a strong, independent female character who has overcome many obstacles to carve her own path. I can’t wait to share another adventure with Billie Walker. 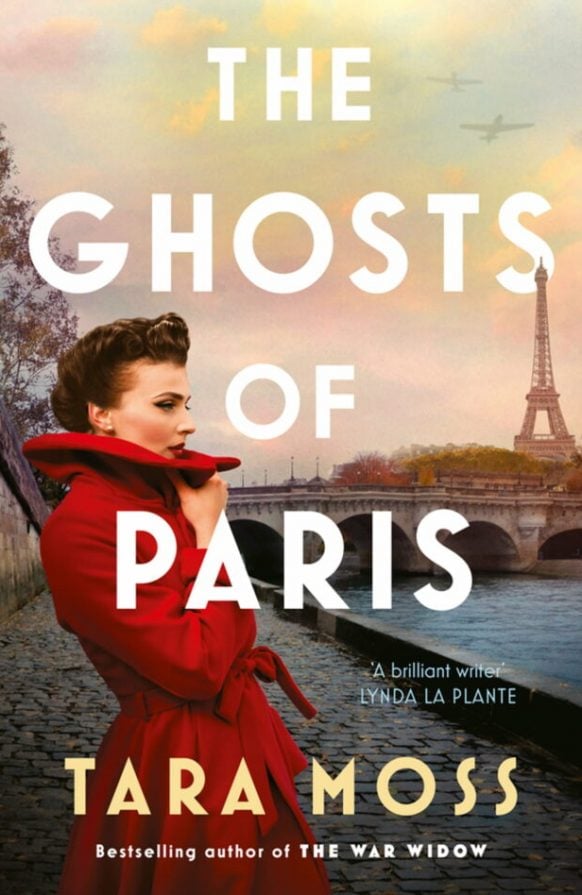