The Dressmaker by Rosalie Ham

Much has been written about The Dressmaker by Rosalie Ham, which was adapted into film of the same name in 2015. Starring Kate Winslet and Judy Davis, it won five AACTA awards. This review is of the original novel of which the film faithfully mirrors (with the author happily taking part in the crowd scenes).

Set in the ‘50s in a small country town, the resident’s bad girl, Tilly Dunnage, disembarks from the train late one night.  She has returned home after many years away to care for her ailing mother, Mad Molly, and to find closure for a harrowing event which occurred in her childhood.  This novel is beautifully written, atmospheric, loaded with small town characters finely and scathingly drawn.  For any reader who has ever grown up in “Small-Town-Anywhere”, the writing will have one in stitches, sometimes grimacing, dying of laughter or merely mortified at the narrow-mindedness of most of the characters.  The title refers to Tilly, taught to sew by her mother, then developing into an exceptional seamstress in Paris.  Tilly uses her Singer sewing machine and her sewing skills as a weapon within the township, turning one frumpish girl into a swan overnight.

There is a main plot (the sudden return of Tilly after several decades), a couple of sub-plots, small town secrets and lies, great tragedy and much subtle comedy.  The various endings are operatic in their scale and provide justice for those who deserved it.

The recent film did The Dressmaker a great service, turning a very good novel into an excellent, satisfying, film.  Lauded actors such as Hugo Weaving, Liam Hemsworth, Barry Otto, Rebecca Gibney, Alison Whyte and Sarah Snook flesh out the novel’s characters, adding a well-crafted visual depth to each.  The costumes (described so well in the novel) turn out beautifully in the film and are themselves a current National Trust exhibition at Rippon Lea House in Melbourne.

The novel is highly recommended for those who love societal literature, regardless of era or location.

Find The Dressmaker by Rosalie Ham in the SMSA Library catalogue 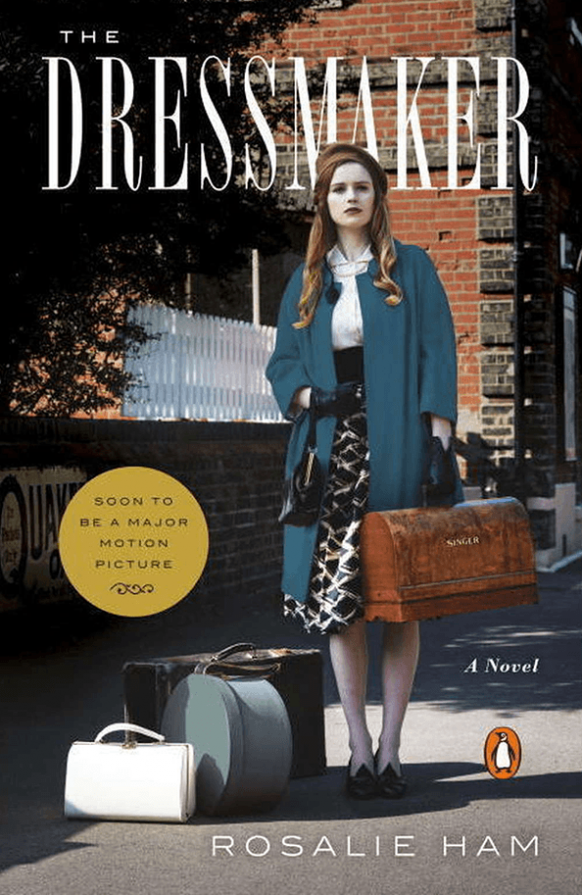