The Department of Sensitive Crimes by Alexander McCall Smith

Prescription for a soul that feels the world is too hard a place to bear: Make a soothing cup of tea and snuggle up with The Department of Sensitive Crimes.

Reading a novel by Alexander McCall Smith feels as if a soothing balm is being applied to all the hurts and injuries inflicted by the world around us. This may be a new series set in Sweden, but it carries all the hallmarks of a McCall Smith story: plenty of heart and quiet wisdom.

Ulf Varg leads a team of detectives in Malmo’s Department of Sensitive Crimes. Ulf is, as described by his colleague Carl, “the best, kindest, funniest person I know. You are also the most truthful.”

The crimes are really just a device for McCall Smith to ruminate on life, and raise some questions that are worth answering. Here are a few fine examples:

The Department of Sensitive Crimes is another delightfully quiet novel from McCall Smith, introducing new characters that I can see will develop over the series to become old friends. There are no nasty surprises, no ghastly murders, nor heartless felons; only gentle wisdom and kindness. Some readers may argue that this is all too twee and unrealistic. I disagree. I feel there is always a place for kindness and a gentle touch.

Find The Department of Sensitive Crimes in the SMSA Library Catalogue 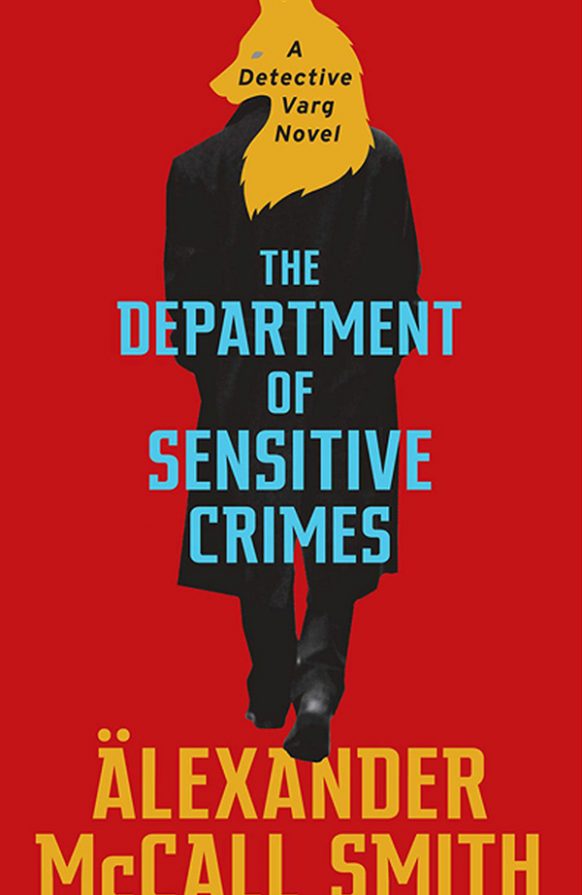