The Demon Crown by James Rollins

Not including the short stories, The Demon Crown novel is the thirteenth in the Sigma Force series, invented by James Rollins in 2001. Rollins produces an installment every 12 months or so, in between his other series which he writes with co-authors.

A reliable techno/historical/thriller author, each novel starts with the (re)discovery of an ancient plague or deadly threat which, in the hands of a deranged autocrat, threatens global peace. The Sigma Force team of ex-military personnel are sent from their headquarters beneath the Smithsonian Museum to stop the threat before it grows too large.

What I take away from each Rollins’ story is an entrée to other fascinating sidelines. Due to three Sigma teams deployed at the same time, the novel’s plot is set against the varied backgrounds of an amber mine in Europe, the founder of the Smithsonian himself, medieval towns along the Baltic Sea and a prohibited island off the coast of South America.  All of the backgrounds are real locations and the reader can easily research further, just on these fascinating locales.

The title refers to an (imaginary) prehistoric set of dinosaur bones caught in a boulder of amber, accidentally chipped open by a miner and releasing a horrific swarm of ancient wasps. If you are at all squeamish about pit vipers and wasps, read no further!  This novel contains enough scientific diagrams about wasps, poisons and the effect on human bodies to be utterly credible.

Despite the often horrific narrative regarding the wasp swarms, The Demon Crown is, as usual, a satisfying thriller. 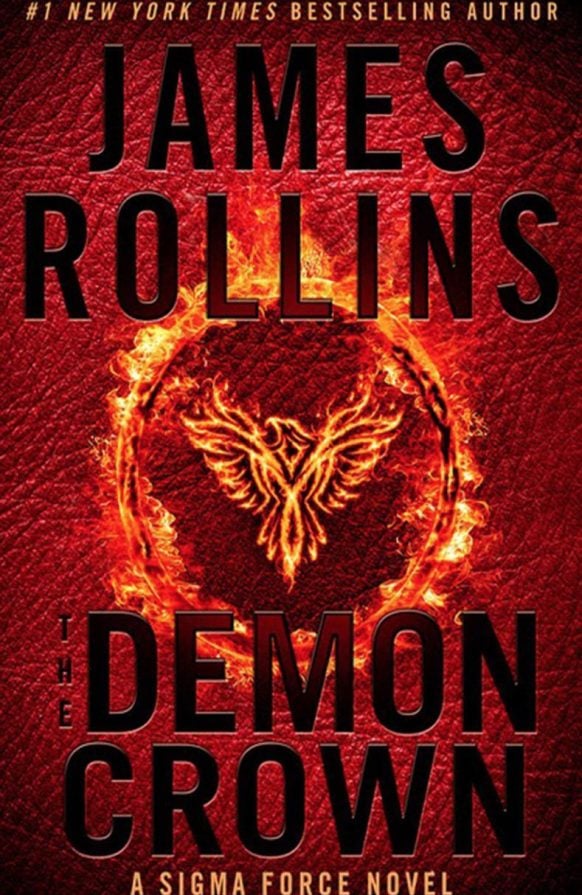