The Claimant by Paul Terry

The Claimant by Paul Terry was a fascinating read.  Written in an easy style, the story is fast moving.  It is about a person who claimed to be the rightful heir to a baronetcy and the accompanying very substantial estate in England.  The claim was disputed by the family, well at least most of them.  There are two important aspects to this story. Firstly, the ‘dispute lasted for almost forty years and involved some spectacular trials.  Secondly, the claimant was, at the time the claim emerged into the public limelight, a butcher from Wagga Wagga in New South Wales!

The story leaps from one extraordinary episode to another and across the world, from colony to imperial England.  The money spent in pursuit of the claim were huge and some people were ruined by their involvement.  It was complicated by seemingly false recognitions of identity by those associated with the claimant.

It was a very substantial public issue especially when the legal trials were on and attracted enormous media attention.  The claimant did not succeed, but this isn’t the essence of the story.  The fascination is in the path events took and the time it consumed.  The ending has many twists and turns.

The author has done an excellent job in distilling a large amount of information, opinions and facts into a well-structured novel.  The story is underpinned by extensive research that is carefully cited to validate the story line and add weight to the observations.  I commend the story to anyone interested in social history, especially that which is a little outside of the mainstream.

Find The Claimant by Paul Terry in the SMSA Library Catalogue 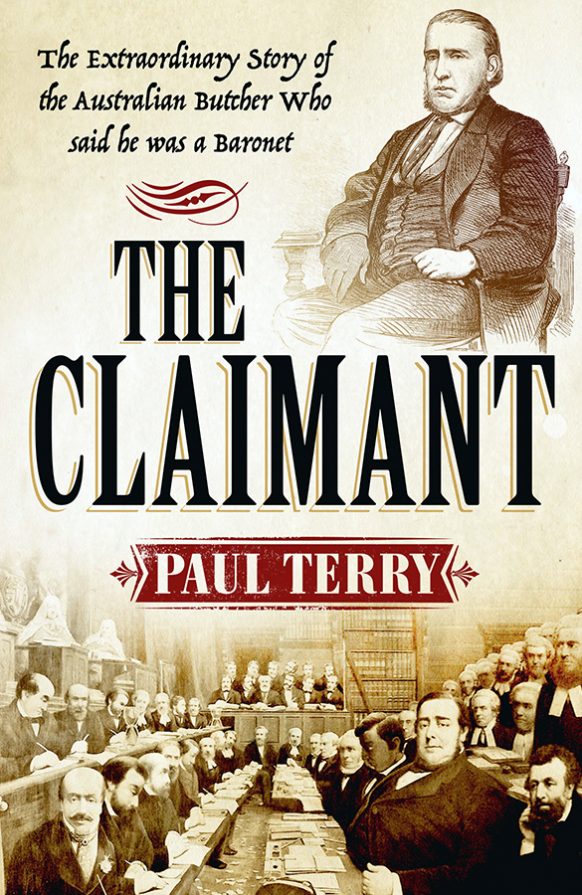