Fans of Sherlock Holmes series, The Beekeeper’s Apprentice by Laurie R. King, have often wondered as to the age and timing of the introduction of Miss Mary Russell into Holmes’ life. Only recently, in the latest and 15th novel in the series, The Murder of Mary Russell is the reader given some dates and ages.

The Beekeeper’s Apprentice is book 1 in the series and readers are encouraged to start here. Holmes retired from his Baker Street-based private investigator profession at age 42 (quite young, but then he commenced at age 15 or so, and shunned university). He and his long suffering housekeeper Mrs Hudson retired to Sussex, he to study beekeeping but in reality to work more clandestinely for brother Mycroft. Some 10 years have passed in Sussex and Holmes is becoming bored. One memorable day, a 15 year old Mary Russell, eyes engrossed in a book by Virgil, accidentally steps on a prone Holmes, hidden in grass to watch an experiment of bees. Mary is an orphan, an heiress and living with a difficult aunt until coming into her majority. She lives at, and owns, the farm some two miles away from Holmes, in fact a neighbour. Two gifted intellectuals meet on this day, one supposedly in retirement and the other on her way to an early entry to Oxford University.

So begins the legendary partnership of Holmes and Russell. The series follows Mary’s education (one from Holmes, the other from Oxford where she reads chemistry and theology) then onto their investigative partnership. They choose the difficult cases, and often are sent by Mycroft into strange lands, undercover and in disguise. Mary, in fact, is Holmes’ apprentice, as quick witted, intelligent, deductive and eagle eyed as himself.

Wonderfully written, clever, well mannered, atmospheric, charismatic, this novel starts in 1914 England. Mrs Hudson is a pleasure to get to know more thoroughly, as is Dr Watson, Inspector Lestrade and the remaining Baker Street Irregulars (who have all grown up but still form the core of Holmes’ informers in London).

Find the Beekeeper’s Apprentice in the SMSA Library Catalogue 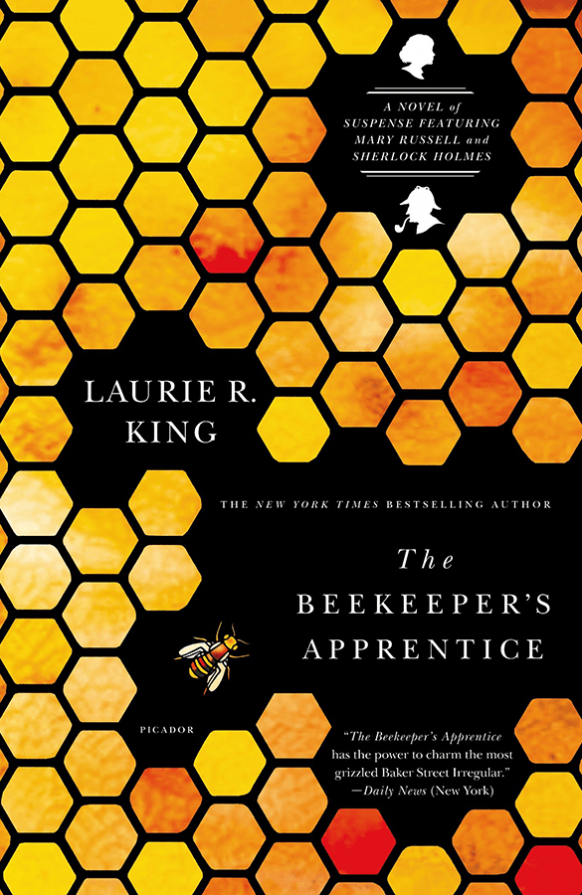