Taking To The Skies by Jim Eames

Taking To The Skies is a gem of a book which would appeal to anyone interested in the history of Australia’s commercial aviation industry, the TAA (Trans Australian Airlines) and Qantas. Written by Jim Eames, a former newspaper journalist and Department of Civil Aviation and Qantas public relations executive, he delivers fascinating and humorous behind-the-scenes stories of the early days of Australia’s air travel. This book is highly readable and a real hoot.  It could have been a dry academic tome, but is saved by the author’s obvious ability to tell a tale without boring the audience.

Published in 2013, it contains anecdotal stories gathered together and told, often for the first time, by retired staff from both airlines.  Perhaps due to being government owned airlines at the time, many stories were never thoroughly made public knowledge. Each chapter deals with an era, a particular airline, an aircraft model or a certain event. The stories range from 1922’s first passenger Qantas flight, to 1989’s first London-Sydney non-stop flight. In between there are stories of Qantas’ clandestine WWII conveys of Aussie soldiers and the heroic, historic mass airlift evacuation of residents and pets after Cyclone Tracy in 1974.

The companion book The Flying Kangaroo was published in 2015 and focuses entirely on Qantas. It features the story of Qantas’ work in the aftermath of Cyclone Tracey, setting the then world record of airlifting 673 passengers from Darwin to Sydney. It also includes the full story of the subterfuge involved in flying Lady Diana Spencer from London to Sydney and return, when she visited her mother to discuss marriage into the House of Windsor. By sleight of hand, Qantas staff worked to elude the world’s media on both trips!

If you read both books, you will become familiar with the characters and people behind Australia’s legendary airlines and air safety record. Despite the world records for mass air lifts and distances flown, air safety has always remained uncompromised. 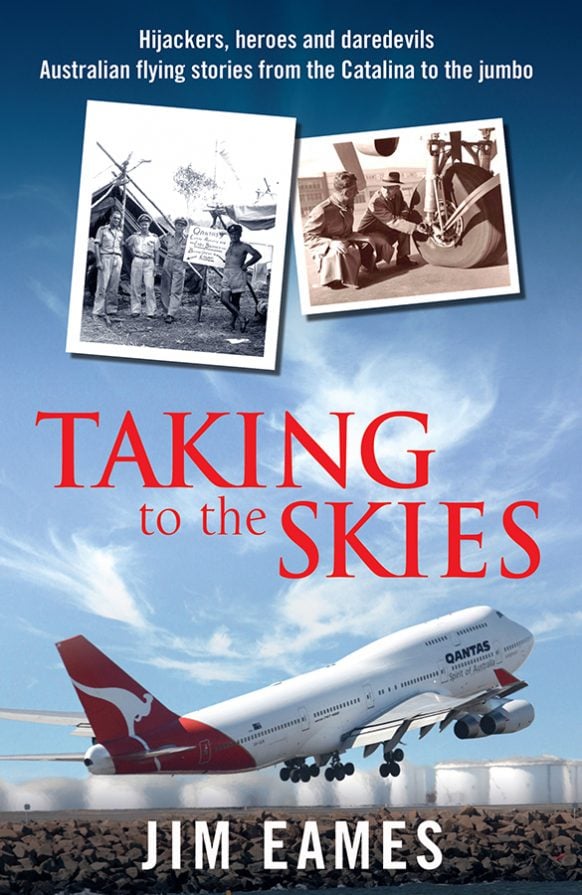