Spice Islands by Ian Burnet is a well-researched and entertaining history of the Maluku Islands and Banda Islands in Indonesia which for many centuries were the world’s only sources of cloves and nutmeg.

The spice trade is ancient; archeologists in Syria have unearthed cloves that have been dated to around 1721BC, almost 4000 years ago! Ian’s research into the spice trade routes that existed from ancient times, transporting goods halfway around the world, is fascinating.

After travelling the Silk Road, Ian moves on to the era of the explorers from different nations and their attempts to open up the lucrative trade routes by sea (some of you may have attended Ian’s informative talk on this subject earlier this year).

The political and power struggles that surrounded the highly profitable trade are covered richly, including the ruthlessness of the Dutch East India Company who, to keep their monopoly,  imposed a death penalty on anyone smuggling seedlings out of the Spice Islands.

Spice Islands is beautifully illustrated, filled with gorgeous picutures from botanical illustrations, to portraits and pictures evoking the age of sail. And if you are a fan of old cartography, you will definitely love this book. 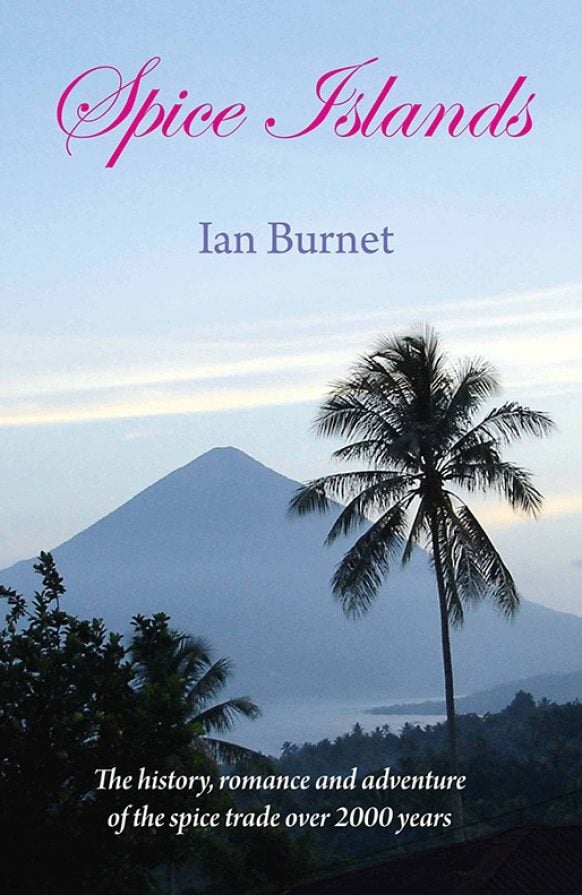