It must be tough being an author writing a book about a disaster, always harbouring a niggling doubt in the back of your mind that somebody is going to show up a week after its release and trump your devastating hurricane by adding sharks, or raising your tsunami by a few meters thereby wiping out all people along the east coast and their pets.

Stephenson has no such concerns.

The scene is set early on for maximum devastation: the moon has been blown to pieces by unknown forces and within a couple of years, fiery debris will rain from the sky, thus destroying all life (and that includes pets – Stephenson isn’t taking any chances with this one) and rendering the planet unsuitable for habitation for 5000 years.

Typically, this is the point at which a hero like Helen Hunt or Bruce Willis marches into the picture with a black belt, a pocketful of PhDs and a daring plan to save the world which may just be crazy enough to work. Fortunately this isn’t the case with Seveneves, partly because Michael Bay doesn’t have a stake in the work, but mainly because like any good drama it’s actually about the people in it reacting to the situations they find themselves in, and the situation (in case it wasn’t made clear earlier: the impending and inevitable destruction of the earth) is certainly one ripe for emotional exploration.

Aside from the usual doomsayers, Stephenson paints a rather hopeful picture of humanity in the opening third of the novel, squabbles being put aside as world leaders unite in their efforts to save as much of humanity, from as wide a range of humanity, as possible. Some characters harbour their doubts about the plausibility of the Noah’s Ark-esque scheme, and there a few notable darkly comedic scenes in which priceless Tibetan artefacts are tossed overboard because they’re too heavy to send into space, but there’s a wonderfully ironic sense of hope in the air.

Things deteriorate quickly during Earth’s final days, however, and the sorts of atrocities which would once have brought universal condemnation a fresh round of Nuremberg trials wind things up for old Homo sapiens sapiens with neither a bang, nor a whimper, but a sizzle. A few hopefuls dig in, to the ground that is, and others take to the sea, but our story follows those who got the proverbial golden tickets, if the chocolate factory was a tiny, pressurised box in a low orbit.

Much like the atmosphere below the drama starts to heat. Personal politics come into play and the last living humans quickly find themselves divided on just what to do next. There are no dangerous ‘goodies vs badies’ clichés to contend with, nor even good and bad intentions, rather the very believable and very human tendency to believe your own way to be the best way, and when you’d need a Saturn V to raise the stakes any higher, the book becomes harder than ever to put down.

Now I should point out at this point that I have, and still do, refer to this as a drama. This is because although the setting is one which could loosely be termed ‘speculative science fiction’ the narrative is driven by the dramatic performances of the players, not the fact that they happen to be in space. This isn’t to say there’s an absence of science, with a degree in physics and geology Stephenson is more qualified than most to write about it.

All the technology described seems to be perfectly plausible, from the point of view of an ignoramus at least, and while the book shouldn’t be considered astroengineering for dummies, it’s far from indecipherable. Mystical, physics-defying devices common towards the sci-fi end of science fiction are refreshingly absent, as is the stereotypical “hero’s” hero, Stephenson remembering that the most important element in the nobly heroic self-sacrifice is the sacrifice part.

The final third of the book takes place 5000 years in the future, with the descendants of the survivors returning to a now habitable Earth, though steering clearing of Chernobyl of course, which still needs another 15,000 years by this stage.

Attitudes towards life, the universe and everything have been shaped by the preceding fifty centuries, as one would expect, and technology has evolved, but Stephenson provides solid exposition on just how and, just as importantly, why certain routes were taken without getting bogged down writing a fictitious history of the future, offering manageable blocks between character interactions to bring the reader up to speed.

To a certain extent, the characters protagonising[1] these final chapters are archetypal representations of the dominant characteristics of the leading roles from the preceding two thirds, and it would be easy write them off as exaggerations or even caricatures. It feels more to me, however, to be a very deliberate move to emphasise concepts of genetic manipulation and artificial selection raised earlier in the novel.

This ties in strongly, on a philosophical level at least, with the novels final twist, albeit a more arthritic twist perhaps that M. Night Shyamalan would likely call a ‘turn’ at best, yet satisfying all the same, calling the reader to consider what is means to be human in a world where humans have been reinvented.

[1] Alright, technically I know that ‘protagonising’ isn’t a word, but it sounds really cool and I think people will know what I mean! 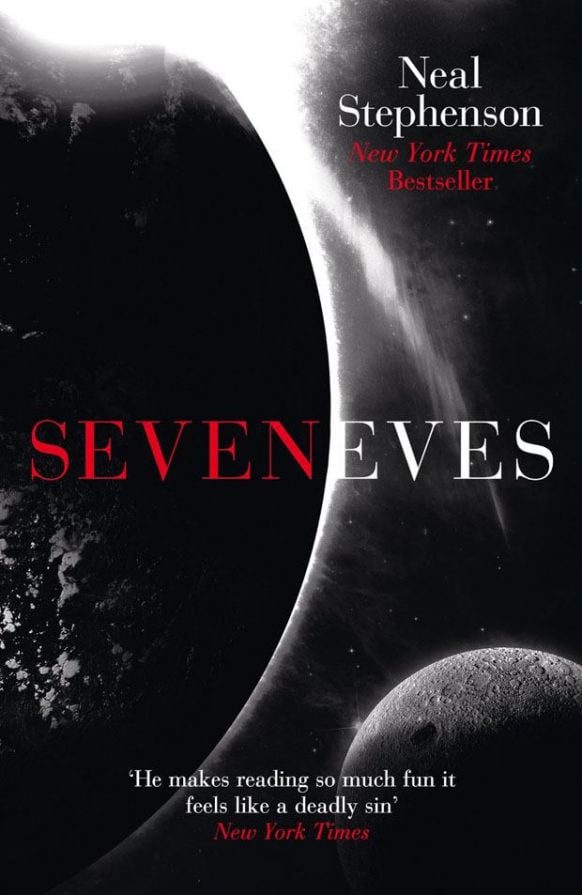