Author David Baldacci tends to write five or six books in a series featuring the same hero.  This kind of story arc is particularly satisfying to the bookworm who enjoys following the main character/s through a succeeding number of crime thrillers. The first book in the John Puller series is entitled Zero Day, followed by The Forgotten, The Escape and concluding (for the moment) with No Man’s Land.

The series is set in the present day, usually around Maryland and Virginia USA.  The main character, John Puller, is a veteran of six tours of Afghanistan, serving his country as his war hero father and big brother have done before him.  Ex-Ranger, now a Chief Warrant Officer with the Army’s Criminal Intelligence Division, his missions involve investigating criminal activity where US soldiers are involved.  Whilst his missions tend to remain State-side, his previous war experience overseas makes him unique, and the leading investigator in his field.  The events in the first novel are quite frighteningly realistic (think 9-11), the events in the second novel start with his father’s elderly sister being murdered for seeing something appallingly illegal occur, and I’m still engrossed in book three, with book four on my table to follow immediately.

David Baldacci has a serious knack of inventing totally believable characters and events. The latter are often based on historic true incidents, the former endear themselves to the reader almost from the first page. As always, the bad guys eventually get their just desserts, but sometimes the good guys are among the fallen too.

I originally borrowed all four books from the SMSA Library, but found myself such a big fan of John Puller that after returning the books, I bought my own copies to read and keep. 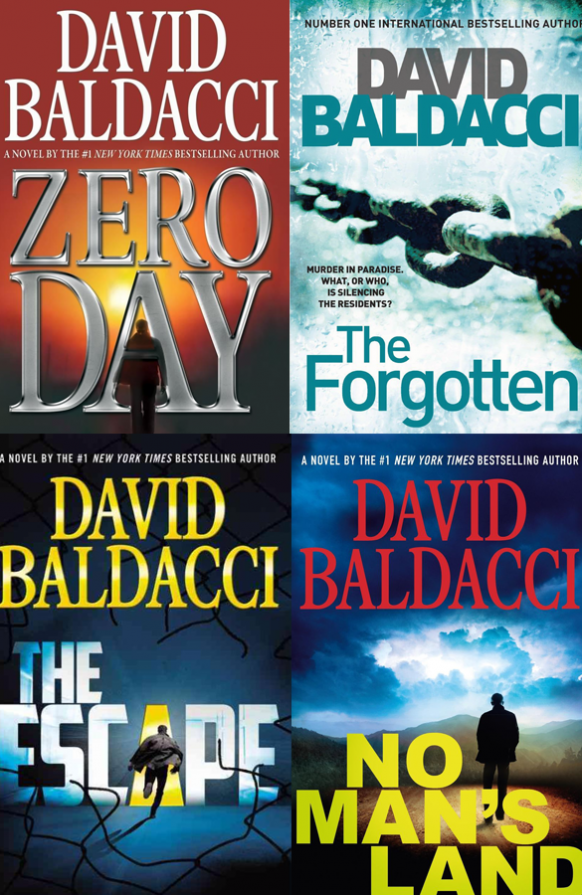