Once in a while there comes along a pure, hardcore science fiction novel, which takes your breath away, which reminds you of how great SF writing can be.  It isn’t fantasy (elves, dragons, magic) nor a gentle, written with perfect grammar, story. It’s a book which, from the first page, grabs you by the throat with its sheer scale, and scope of a universe imagined post-Earth, a diaspora of humans and a handful of alien races eking out an existence. Alastair Reynolds’ Revenger is such a book! Revenger is very similar to Joss Whedon’s Firefly universe. There’s no handy lexicon in the back; the reader has to actively work at this book to keep up with the adventures of the main character Fura Ness.  She is a young girl who has escaped off world with her older sister to work on a scavenger ship to repay their father’s debts.  The ships are captained and crewed by motley gangs of human characters, much like pirate ships of old Earth, sailing through space between baubles (the reader has to work out what these are, the author won’t easily tell you), chasing old tech treasure for later sales.  Of course, there is a legendarily bad captain and ship to be avoided whilst bauble cracking, who boards other ships to loot and kill in inhuman ways.

Alastair Reynolds takes no prisoners with his prose, and has invented completely new words to describe common items (work out what “lungstuff” is from the context in which it is used).  In many ways, a post-apocalyptic universe reverts back to pioneer, “cowboy and Indian” days where education is rare, living off one’s wits is a way of life and everyone knows how to kill a sentient being.  Fura and her sister Adrana are rare Bone Readers (something else to work out) who, whilst working on their first ship, are separated when the bad captain takes Adrana hostage.  Some Sci Fi pushes their heroine as far as possible, to test their limits in inhuman ways.  Revenger is no exception and it is both amazing and appalling to find just how far Fura will change in order to rescue Adrana.

The best Sci Fi creates whole new worlds, new ideas about shades of life, death, wealth, spaceship design, what lies between planets.  The best Sci Fi gets its reader thinking.  Revenger is one such work of Science Fiction

Find Revenger by Alastair Reynolds in the SMSA Library Catalogue 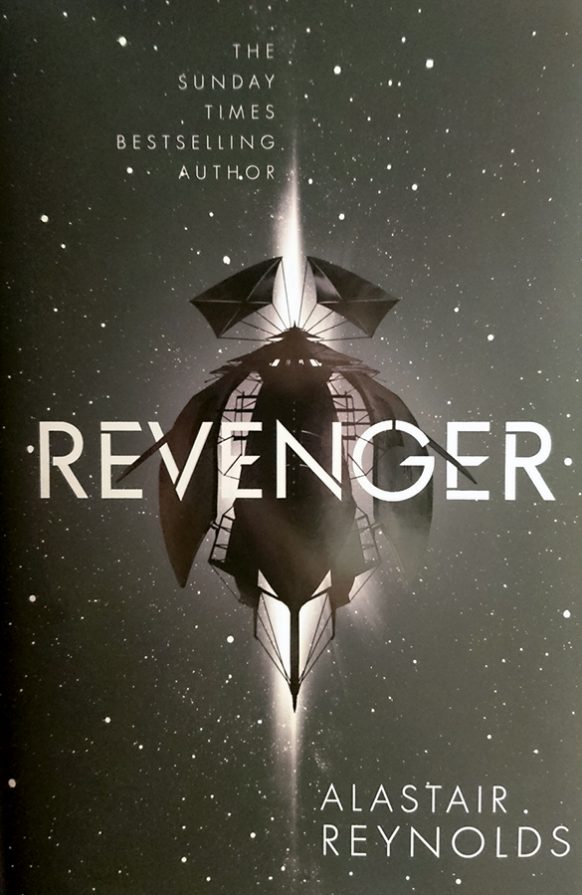