Most Sci-Fi focuses on science and technology, centering plots around the how and why of space travel, aliens, weaponry and alien planets. Provenance focuses entirely on the characters, human descendants and alien alike. The first page introduces Ingray , a young female from a political family who is trying to break a convicted felon out of maximum security prison.  The reason behind her plan becomes clear as the narrative describes her home and adoptive family, their planet, circling space stations, interstellar transit gates and local politics. Not to mention, interstellar politics!

Ingray was herself adopted as a young child by her District’s political leader.  The heir of the District can only be named after either Ingray or her brother, also adopted, prove themselves worthy of succession. Ingray’s naive plan to make use of a felon to best her brother both complicates and simplifies further events in the story, not to mention solving the murder of a visiting alien Ambassador in the local park.

I’ve not read any works by Ann Leckie previously and was very pleased to discover characters and settings not too alien to Earth.  Some Sci-Fi is just hard going as they introduce too many new concepts and ideas to the leisure reader. Leckie emphasises the characters first and foremost; the reader picks up background information by its inter-action with Ingray, her friends and family.

Recommended for those who may not usually read Sci-Fi.

Find Provenance by Ann Leckie in the SMSA Library Catalogue 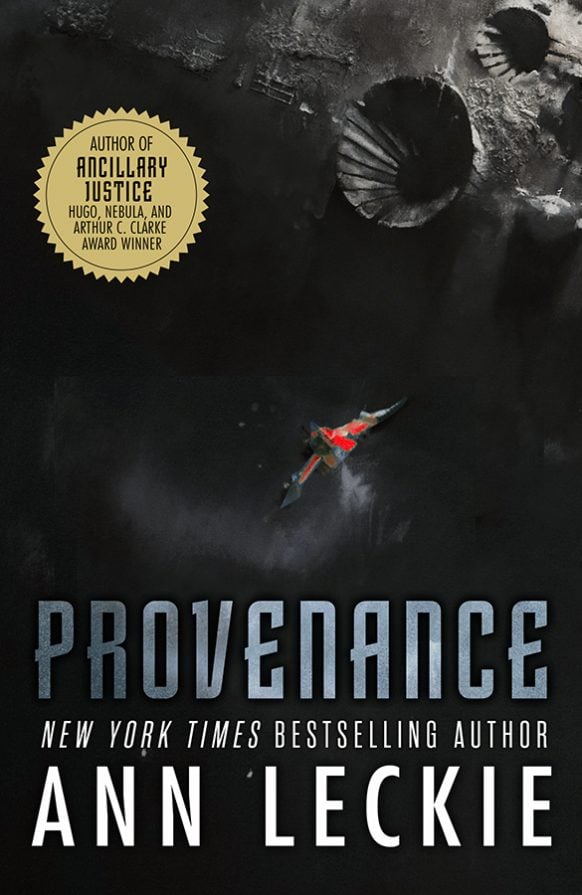