in Pardonable Lies, Jacqueline Winspear uses the following quote from Sophocles as an epigraph: “Truly, to tell lies is not honourable; but when the truth entails tremendous ruin, to speak dishonourably is pardonable.”

This quote eloquently summarises one of the themes explored in the third Maisie Dobbs mystery novel Pardonable Lies: when is it right to withhold the truth? Another major theme is PDST, although in the 1930s it had yet to be properly diagnosed or given a name. This is where Jacqueline Winspear’s Maisie Dobbs series is so different, and superior in my view, to many other mystery novels. Yes, there are crimes to solve, and criminals to catch, and mysteries to unravel. However, these are used, to great effect, as a segue to an exploration of philosophical and ethical quandaries.

It is 1930 and Maisie has never been busier. She finds herself investigating three cases, two of which involve young men who were lost during the war. Maisie believes that by keeping busy and focusing on her work she will recover from the horrors of the war that still haunt her. When one of the cases requires her to travel to France, she knows she must return to the site of the field hospital where she was a nurse during the war. As her father said to her, she must do her work, slay her dragons, and then come home.

Pardonable Lies is imbued with a sense of melancholy and loss. The long-term after-effects of war are always close to the surface. And the shadow of further conflict is never far away. As Maurice, Maisie’s teacher and mentor warns, “We may think conflict is over, that we can mourn our dead, build our houses again, take up our tools, fashion our tomorrows, and watch the grass grow over the trenches, but the truth is somewhat more complex.”

The Maisie Dobbs books keep getting better! Pardonable Lies demonstrates Winspear’s ability to balance pace, plot and characters with skill and dexterity. She has a gift in communicating a clear picture of a time and place.

Find Pardonable Lies  by Jacqueline Winspear in the SMSA Library 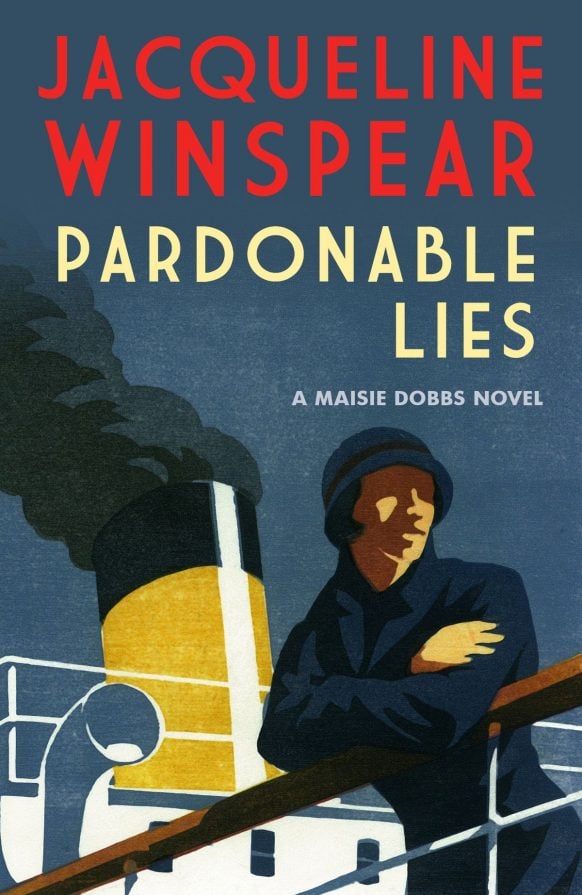