In theory, Old Bones by Douglas J Preston and Lincoln Child could be considered to be  book 20 of the FBI Special Agent AXL Pendergast series.

In reality, it is Agent Pendergast’s young colleague Corrie Swanson (on her first solo field trip) paired up with an old archeologist friend Dr Nora Kelly. The two strong characters don’t exactly hit it off at their first (or subsequent) meetings but, as the number of bodies pile up during what is supposed to be a routine archeological dig in the Californian mountains, differences are put aside as both need each other for sheer survival.

I really enjoyed this instalment. After a little while, one does not actually notice Pendergast’s absence; his training and thought processes instilled in Swanson and Kelly continue to impact their decisions.

This story was based upon actual facts (which can be researched on the internet). In 1847 the Donner party travelled from the east coast to the west to settle. They were trapped by a blizzard high in the Californian mountains and those which survived did so by cannibalizing the deceased. The ending of the old story and this new story is quite shocking.

Find Old Bones by Douglas in the SMSA Library Catalogue 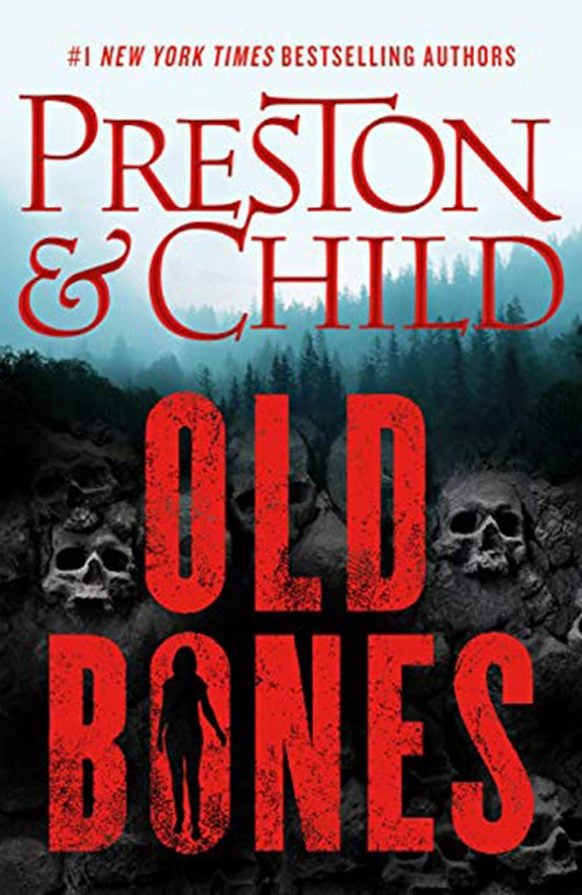