Ocean at the End of the Lane by Neil Gaiman

Some stories take you back to childhood, often in a misty nostalgic water-coloured way or, perhaps, mourning the proverbial ‘lost innocence’.  With Ocean at the End of the Lane by Neil Gaiman though, passage after passage – some poignant, some containing harsh realities – the little moments of realisation kept coming; “Yes, that’s what being a child was really like.” And perhaps it’s a strange thing to say about a novel that so richly dips into fantasy and mythology, but I recognised in my heart and gut that Gaiman had written Truth. Capital ‘T’ intentional. Returning home after his father’s funeral, the protagonist (who is unnamed throughout the book) is empty-hearted and seeks solace by driving past the house where he grew up.  He remembers a friend, Lettie Hempstock, who lived nearby and that she claimed to have an ocean at the end of her garden. Without really meaning to, he drives to her house and is greeted at the door by a woman he, at first, recognises as Lettie’s grandmother, but whom he rationalises must actually be Lettie’s mother since so many years have past. As he explores the area, he begins to remember the events which occurred after one of his parent’s lodgers stole his father’s car and committed suicide in it. The protagonist recalls seeing the aftermath, but was whisked away by Lettie, who seems to have foreseen the incident, to have breakfast with her mother and her grandmother. The family is just a little odd, and maybe a just a little bit omnipotent (Lettie’s grandmother, for instance, remembers the time before the moon), but they offer protection and comfort. After some strange incidents, including the narrator waking with a gold coin in his throat choking him, it becomes apparent that something is trying use the lodger’s death as a way to ‘come through’. He again seeks the help of Lettie and her family and Lettie takes him on a journey to bind this thing, warning him not to let go of her hand, no matter what. Of course, he does let go at a critical moment, and in that instant something pierces his foot. Once home, he finds a hole in his foot and pulls what appears to be worm out of it. Unfortunately, a tiny piece of it is left inside, allowing the entity an entry into our world. Needless to say, this has consequences for our narrator, and the Hempstocks are once again called upon to help. Ocean at the End of the Lane is a very personal, very beautiful story that is at once a fable, a myth and a fairytale and a truth. If you are not yet a Neil Gaiman fan, I have no hesitation in recommending this book as your starting point. 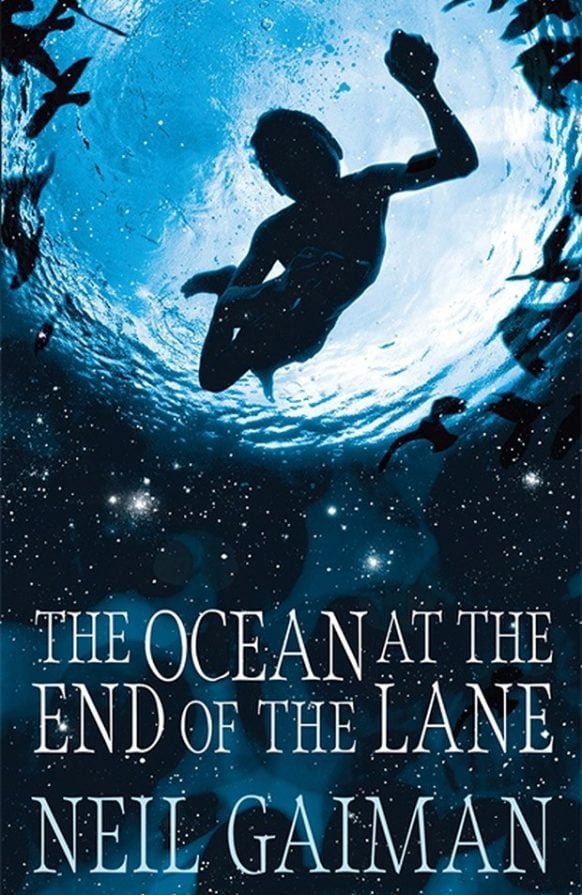