My Name is Lucy Barton by Elizabeth Strout

Prior to reading My Name is Lucy Barton, I had heard good things about Elizabeth Strout’s writing. After finishing the book, I was delighted to see it nominated for the Man Booker Prize 2016 some months later, as it was one of my favourite reads of the year.

The story follows Lucy Barton as she reflects on the period of nine weeks she spent recuperating in hospital, following complications from surgery. During this stay, Lucy’s estranged mother unexpectedly shows up at her bedside. Lucy desperately tries to reach out to her for love and affection but sadly, her mother is incapable of giving anything back. Her mother can only express her feelings through telling stories of family and old acquaintances from the community they grew up in. This causes Lucy to meditate on many things, such as her impoverished upbringing, her marriage, motherhood, as well as her passion for writing and the people who have inspired her. As Lucy and her mother slowly reconnect, Lucy comes to feel and accept that her mother really does love her.

While the story is slow to build and lacks the major plot elements one would expect, it packs an emotional punch. Things are revealed subtly and much is implied. In particular, I quite liked the use of the Chrysler Building as a symbol of a beacon of hope for Lucy’s recovery. It also served as a reminder to Lucy of the distance she has come from growing up destitute. The building is pictured on both versions of the book’s cover and Lucy describes, “This was in New York City, and at night a view of the Chrysler Building, with its geometric brilliance of lights, was directly visible from my bed. During the day, the building’s beauty receded, and gradually it became simply one more large structure against a blue sky, and all the city’s buildings seemed remote, silent, far away.”

Elizabeth Strout is a master storyteller and presents a beautifully flawed yet resilient woman in the character of Lucy Barton. The book will provoke a lot of deep reflection of oneself and is best read curled up in a comfortable armchair, with a cup of tea.

It is also worth noting that Elizabeth Strout has recently written a second novel featuring Lucy Barton titled Anything is Possible, which the library also holds.

Find My Name is Lucy Barton in the SMSA Catalogue 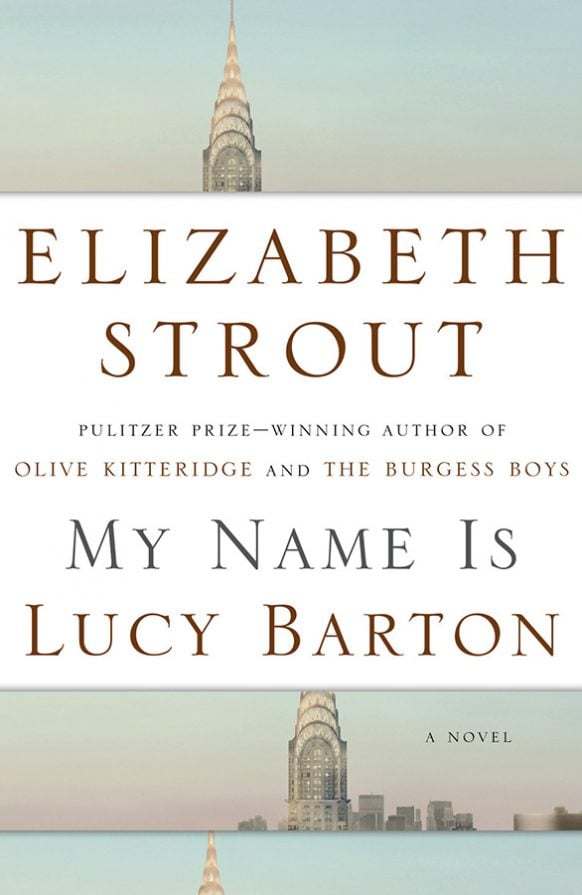