King and Maxwell by David Baldacci

It’s a rare chance to find the personal time, a long borrowing period and the complete set of novels in a series all in one place. The SMSA Library has all six of the David Baldacci’s King and Maxwell books, featuring ex-Secret Service agents Sean King and Michelle Maxwell.

The series was written sequentially starting in 2003 and finishing in 2013, which means that members can borrow them for the entire eight week period.  Split Second introduces the reader to King and Maxwell, both down on their luck after having the misfortune to lose their assignment (in both cases, US Presidential candidates who warrant Secret Service details).  The genre of this series is somewhere between thriller and crime, where King and partner Maxwell have left the Service and set up their own shingle as private investigators.  King is also a lawyer and Maxwell a deadly shot with a gun and a former Olympic silver medalist in rowing.  The two of them couldn’t be more dissimilar, yet combine their unusual talents to solve crimes.

Each story can be read separately, though much pleasure is derived from starting with Split Second and finishing with King and Maxwell.  The author is a bestselling, popular, American writer who has sold more than 110 million copies of his various novels worldwide.

The King and Maxwell novels are enjoyable holiday reading. Their plots are fast paced and peopled with well fleshed out characters, almost all with backstories which provide hints to the twist-in-the-tale endings. 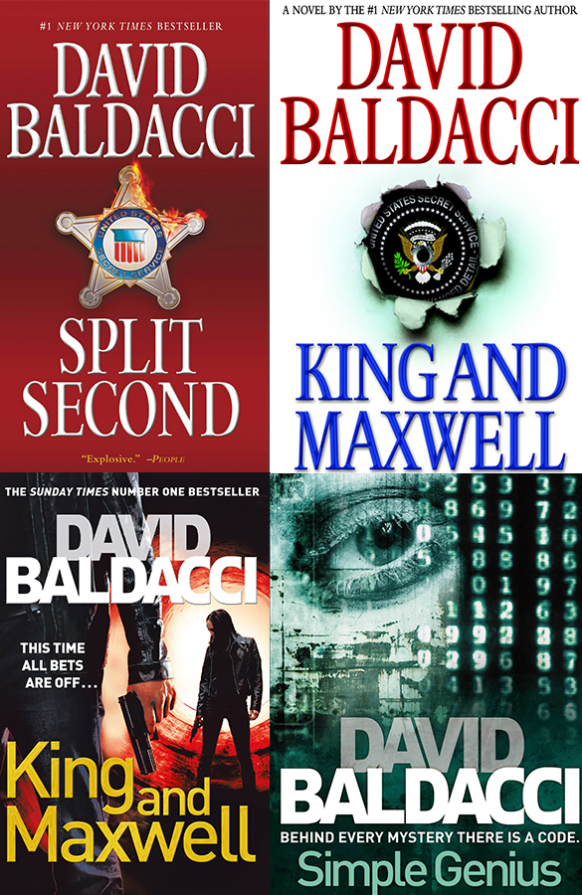