Just One Damned Thing After Another by Jodi Taylor

Just One Damned Thing After Another, the first book in the highly entertaining Chronicles of St Mary’s series, wastes no time in getting to the good stuff.

When historian Dr. Madeleine “Max” Maxwell is recruited to the St Mary’s Institute of Historical Research, a somewhat secretive organisation attached to the University of Thirsk, she is not quite sure what to expect. Certainly not time travel —sorry, “investigating major historical events in contemporary time”.

When she has (more or less) completed the training in survival and self-defence necessary to be a St Mary’s historian, Max and her fellow trainee, Peterson, embark on their first independent jump to London in 1040 to see Westminister Abbey under construction.

History being what it is, it nearly kills both trainees to prevent them altering the timeline inadvertently. This is business as usual; it’s clear that Murphy’s Law generally applies to all missions at St. Mary’s.

Led by the dour Director, Edward Bairstow (whose assistant Mrs Partridge may or may not be the actual Muse of History) the St Mary’s historians are enabled in endangering their lives by a team of mad scientists who blow things up to test historical theories, the talented and somewhat harrassed costume department; kitchen staff with secret heroic pasts, a medical team whose attentions the historians are constantly trying to escape, and the long-suffering security team whose thankless task it is to keep all of the above alive.

Max is hilarious, neurotic and far more capable than she thinks. Experiencing these adventures and the rest of the St Mary’s cast through her point of view is one of the major delights of this book.

Despite the dangers and the often harrowing historical destinations (visiting the Somme during the peak of battle, dodging dinosaurs in the Cretaceous or witnessing the burning of the Library of Alexandria), I loved every minute of this funny and madcap romp through history. Even the missions that end in complete disasters seem to have a humorous side.

Get yourself a nice cup of coffee, pull up a comfy chair and settle in for a nice, long read.  I guarantee you won’t want to put this book down.

View Just One Damned Thing After Another in the Library catalogue 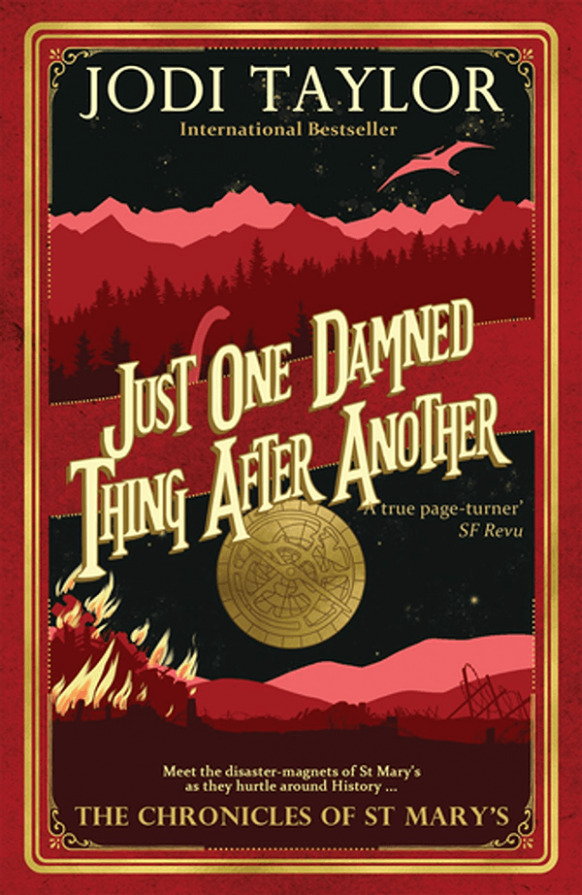