When the popular, Australian YA author Jack Heath’s own website carries the warning of “Hangman, is an extremely gruesome crime novel. It is not suitable for readers under the age of 18”, the reader would do well to heed this advice.  As his first novel for adults, the plot is original, riveting, gruesome and not for the faint hearted, or squeamish.

Told in the first person and present tense, the reader sees the grimy side of Houston, Texas through the eyes of the main character Timothy Blake.  He readily acknowledges that he was orphaned as a baby, raised in group housing, at times unemployed and living on the streets.  At present he makes a sort of living by solving riddles and helping his FBI handler solve cases.  His reward for aiding the FBI is appalling by human standards (well, any sane standard) and it’s not until the reader is well into the first third of the novel that the nature of the reward becomes clear (Blake is, if anything, utterly truthful about himself and does not apologise for it).

Blake’s current FBI case starts out straightforward: find a missing 14 year old boy before the ransom is paid. He is assigned an FBI partner (really, to keep an eye on him without being told the truth about Blake and his specific reward) who turns out to be someone from his abject past.  In between dealing with his drug running housemate and the local mafia, he gets kidnapped, tortured and finds that more than one 14 year old boy has gone missing.

Hangman is a very dark, twisted crime novel. If Val McDermid wrote about Hannibal Lector, this would be the result. The end chapter promises the next stage in the life of Mr Blake and I eagerly look forward to it.

Find Hangman by Jack Heath in the SMSA Library Catalogue 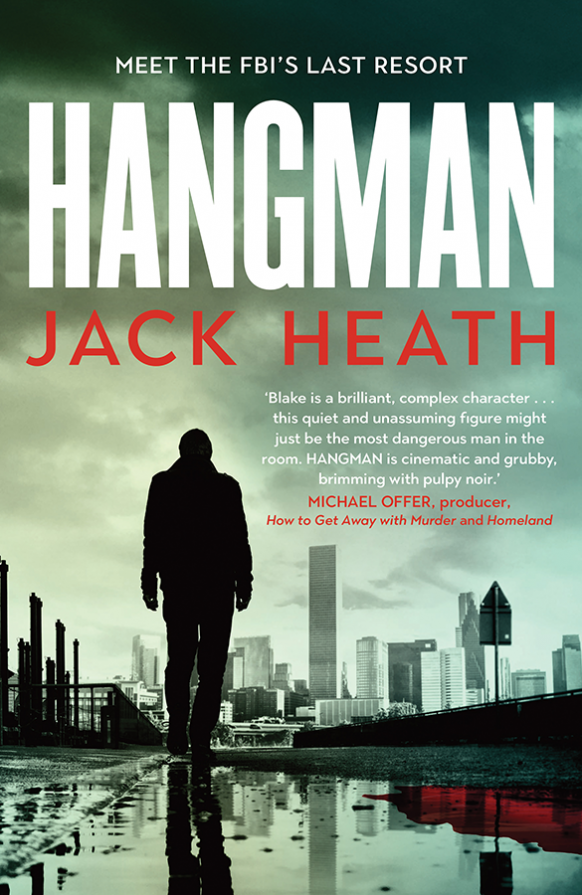