In Maisie’s 9th instalment Elegy for Eddie by Jacqueline Winspear, she is asked to investigate the ‘accidental’ death of Eddie Pettit, a simple man ‘whose thoughts weren’t in his head, like with most people’ but held in his heart. His friends, the barrow-sellers of Covent Garden, don’t believe his death was an accident at all; neither does Maisie.

Maisie is in the grips of an existential crisis: how does she want to lead her life? Is she really helping her friends, or merely controlling their lives? As a friend pointed out, ‘Everything good has a dark side, even generosity – and no one likes to think someone else is pulling the strings, do they?’  Does she want her relationship with James to develop further? She is feeling literally and metaphorically suffocated by the constraints of the relationship.

It’s easy to see from the perspective of 2019 that Maisie is suffering PTSD from her experiences in France during the war, but in 1933 it was unheard of, as were ways to treat it. So, she’s struggling to manage the demons by herself.

Looming tall over her personal demons is the shadow of Hitler’s rise to power. There are some in Britain who believe that another war is imminent. Maisie had been to war. ‘But war was more than a place; it was a monster, a thing at once alive and dead and predatory.’

I believe in Maisie Dobbs: she questions her actions and her motives, and takes nothing for granted. She realizes she is blessed, but struggles to accept that she is worthy. She is, in many ways, a very modern woman, living at a time when women are expected not to have a career, or even an opinion.

For fans of this series, Elegy for Eddie further develops the characters we have grown to love, and prepares the scene for the outbreak of war in the next books.

Find Elegy for Eddie in the SMSA Library Catalogue 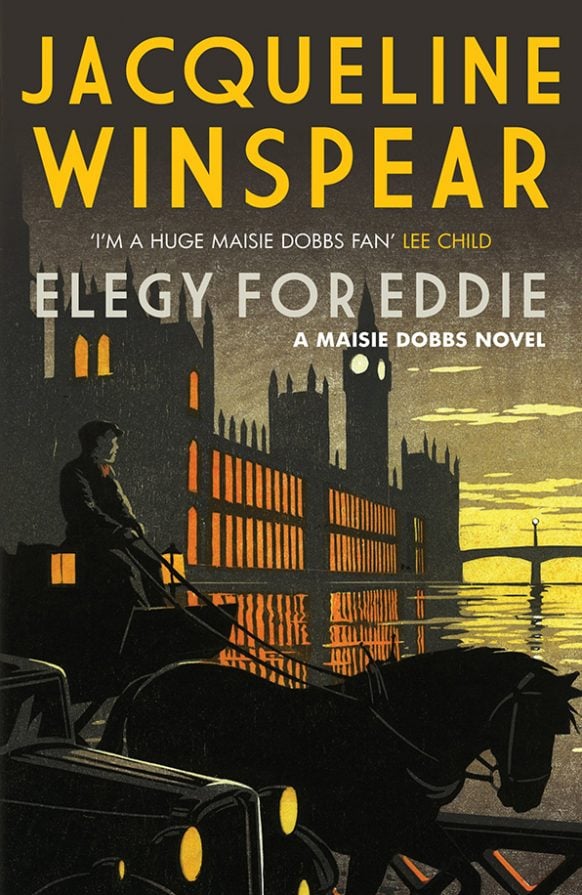