When you read East Indies by Ian Burnet, you can almost smell exotic spices over salt spray and wet wood of the ships that transported the goods back to Europe. Following on from his previous book, Spice Islands, in which Ian documented the history of the spice trade in the the Maluku  and Banda Islands in Indonesia, where two very important and highly sought spices – cloves and nutmeg – originated, East Indies looks at the impact of the European explorers and traders. When Vasco da Gama’s fleet rounded the Cape of Good Hope in 1497, it was a game changing moment. Over the next 100 years, the Portugese concentrated on growing their monopoly in the Eastern Seas from Goa in India as far east as the Moluccas and Timor in Indonesia, and as far north as China and Japan, trading in spices, sandalwood, silks, gold, silver, porcelains and other exotic oriental goods. Things began to get more complicated when the Dutch East India Company and English East India Company began to challenge Portugal’s monopoly. Wars were fought. Cities were bombarded and captured. Gunboat diplomacy reigned. The English gained prominence in the tea trade over the Dutch and, of course, they were not above leveraging the illegal sale of opium to ensure their supply of tea from China remained uninterrupted. By the end of the 19th century the Dutch and the English East Indies Companies were colonial powers, ruling vast territories in Indonesia, India and Malaya, and Portugal had almost vanished from the Eastern Seas. The Anglo-Dutch Treaty of 1824 effectively split the Malay world in two, with Britain ruling the Malay peninsula and Singapore, while the Dutch had Sumatra and the Riau Islands, eventually leading to the founding of three countries, Indonesia, Malaysia and Singapore. Ian has once again researched his topic thoroughly, and East Indes is beautifully illustrated, filled with gorgeous maps and pictures evoking the age of sail. Highly recommended. Melanie Ryan Program and Communications 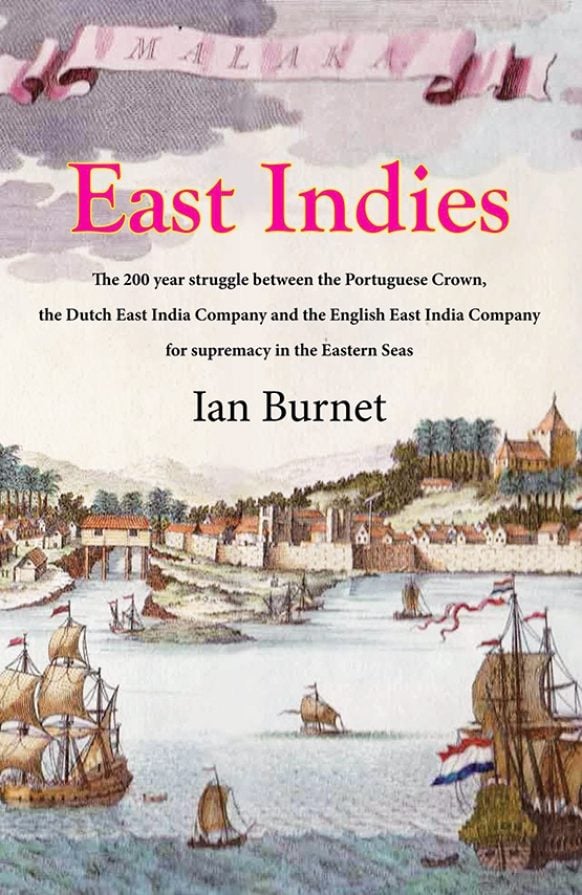