Author Rebecca Stott wrote Darwin’s Ghost in 2012, and it was acquired by the Library in May 2013. This genuinely interesting and highly readable non-fiction book caught my eye whilst perusing the Library’s stacks near the kitchen.

Darwin’s Ghosts: In Search of the First Evolutionists sheds light on the thinkers who first turned an inquiring mind on the question “How did Life commence?”.  Whilst Charles Darwin is lauded as the author of On the Origin of Species, he did admit that he was not by any means the first person to study the evolutionary path of many living species.  2,000 years before, Aristotle and his students studied the fishes and insects in Greece, writing down their findings for other students to read, discuss and spark more original thought.

The chapters of Ms Stott’s engaging book each deal with one great thinker and researcher, turning what might have been a dry overview of the life of a scientist into a story of their, often lonely, travails as they searched for knowledge.

Chapter 1 commences with Darwin’s self-guilt as he receives early reviews of Origin, many critics pointing out previous scientific papers which first discussed evolution of plants, rocks, animals.  Chapter 2 speaks of Aristotle and his life as a young man right through to his final days.  Each chapter sensibly steps forward in time, which helps the reader follow the logical progression of new ideas and discoveries.  Chapter 3 is particularly illuminating, describing Leonardo da Vinci’s research into ancient rock strata near his home and studio, his keen interest in everything around him a hallmark of later recognised genius. 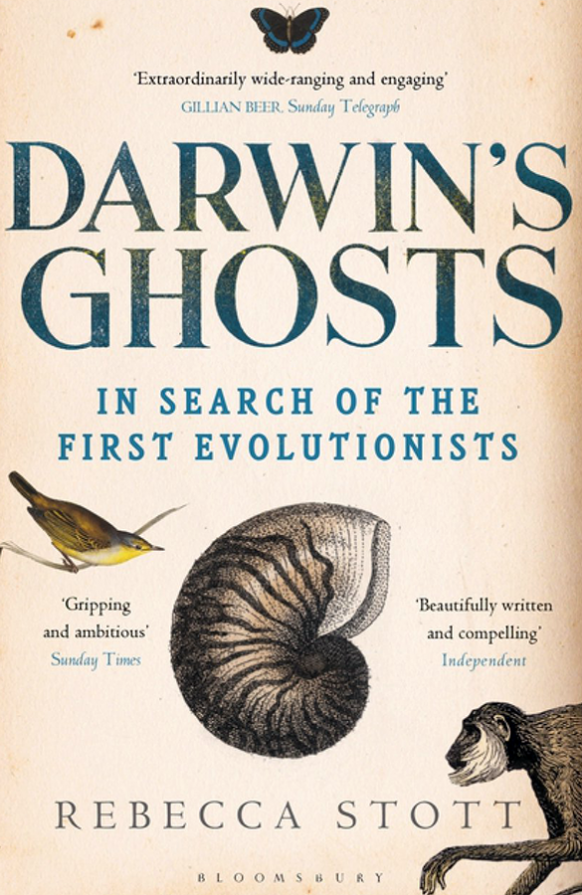