Set against a backdrop of war between empires and planetary systems, Captain Cordelia Naismith is in charge of a Betan scientific survey ship.  The planet Beta and its population are an enlightened human species; she and her crew are surveying a planet (despite the war) but are unfortunately captured by a military Vor Commander.  Just the name Vor implies a legendary First Family on their home planet of Barrayar.

What follows is a roller coaster adventure combining honour, duty and chivalry. Add to that a mutiny and a love story between two people on opposing sides of a war, with a lightly sardonic sense of humour.

As much a military science fiction novel as a comment on society, Cordelia and Lord Aral Vorkosigan are the perfect match for each other. She is sensible, pragmatic, smart and educated.  He is from a military titled family (very similar to Russian, I feel) with all of the insane rituals and generations of family prestige pressing down upon him.

By the end of the second novel they have given birth to Miles, their only son and heir.  Whilst Cordelia and Aral have led full careers and lives spanning planets and cultures, it pales compared to the adventures of Lord Miles!

There are, to date, 16 novels in the series. The Vor series has been winning Nebula and Hugo Awards since the 1990s, with legions of fans worldwide.

Recommended if you haven’t read military science fiction previously; this series retains the humour along the way.

Cordelia’s Honor by Lois Bujold McMaster in the library catalogue. 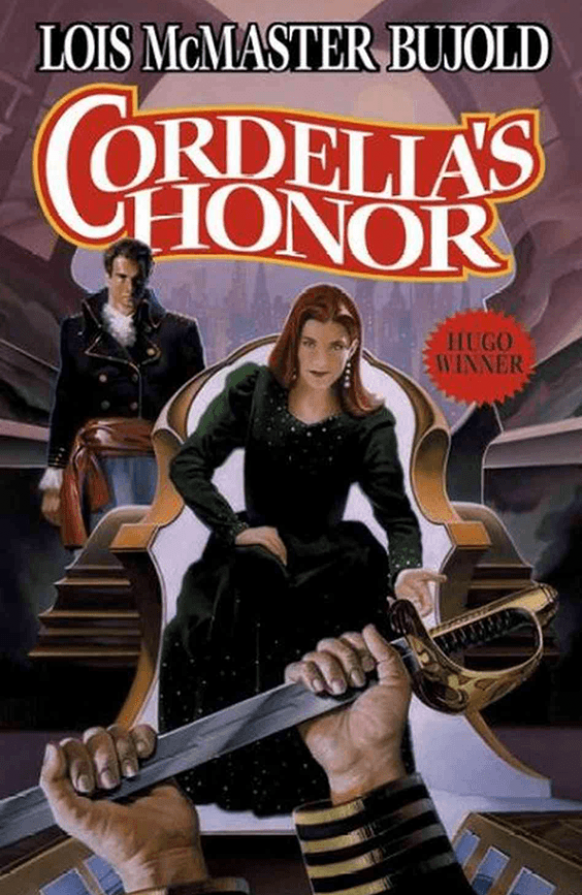