Colorless Tsukaru Tazaki and his Years of Pilgrimage by Haruki Murakami

The protagonist in this tale is Tsukaru Tazaki, so named ‘colourless’ because he is the only one of his friends without a colour in their last name. The story opens with a soul wrenching description of the despair he feels after being rejected completely (and inexplicably) from this once tight-knit group. Anyone who’s ever found themselves without the will to live will relate to the way Tsukaru sees the world at this time — colourless, like him.

His pain doesn’t kill him though.

16 years pass, and Tsukaru is doing a job he enjoys – building train stations in Tokyo. He’s had a few girlfriends, nothing lasting. Then he meets Sara. She says she can’t really be with him though because there is something missing from him that won’t let him be fully present. She thinks it is this event from his past and encourages him to seek out those friends to find out why they severed him from their lives.

Realising Sara may be right (and that he may really like her) he sets about trying to find them, and, dare I say it… himself.

I will admit that at one point there were tears — I felt such empathy with Tsukaru when he feels the thing that blocks him, like a part of his heart frozen in his chest. So fragile and so beautiful. It is about an acceptance of self, of the path we have chosen, a mourning for the paths we have not, of the things we have to let go of in order to move forward.

Like other Murakami books, this reads like a strange modern coming-of-age folktale, with philosophical and existential underpinnings rather than moral tutelage. Though it touches the darkness and depths of the human experience, the writing is playful and light and the effect is life-affirming rather than depressing.

Colorless Tsukaru Tazaki and his Years of Pilgrimage by Haruki Murakami 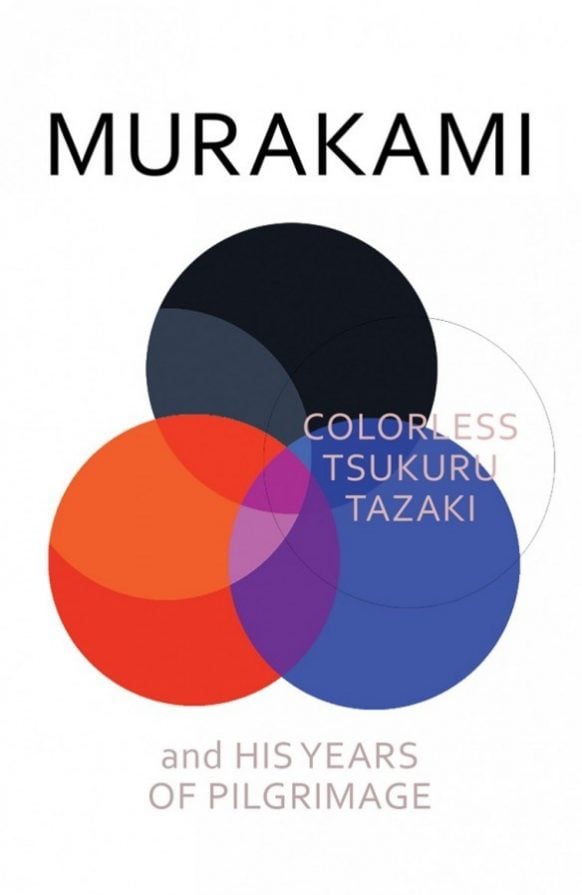