For fans of the Kylara Vatta series, it’s been a nine year wait for Cold Welcome – the continuation of the military science fiction saga.  Despite the absence, Author Elizabeth Moon has not lost her touch with this heroine nor the world and galaxy built for this series.

The first book in the original series of five, Trading in Danger, introduced the reader to Ky Vatta, the only daughter of a wealthy trading family.  She elects to join her planet’s military academy and is about to graduate when a genuine mistake costs her the military career for which she was being trained.  Booted out of the academy, her family send her, as captain, to take one of their ageing fleet vessels to the scrapyard.  An opportunity arises to take on a cargo and deliver it against the odds, making a profit along the way and prove to her family that she is of some value.  The next four books in the series see Kylara survive an orchestrated attack on each Vatta family member by enemies, assemble a ragtag fleet of mercenaries to take revenge.  Along the way Ky discovers she can lead a space faring fleet, taking on pirates, rescuing victims and winning against insurmountable odds.  She also discovers she can be a cold-blooded killer.

Now Admiral of her fleet, Cold Welcome starts the new series called Vatta’s Peace.  Ky reluctantly returns to her home planet to attend to Vatta family business, but her shuttle is ambushed en route to the welcoming ceremonies. The title is a play upon two fronts: the shuttle and survivors ditch into the freezing polar regions and Ky is unsure of her home planet’s welcome of her, a disgraced Academy cadet.

I thoroughly enjoyed this new installment of one of my favourite female military Sci-Fi protagonists.  Similar characters and settings are the Honor Harrington series written by David Weber and Lois Bujold McMaster’s earlier Vorkosigan novels. 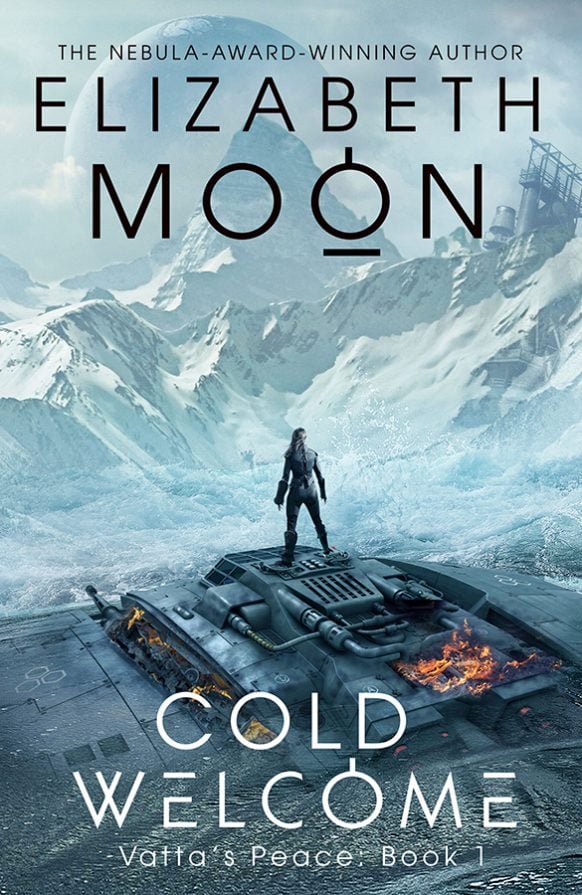