City of Girls by Elizabeth Gilbert

Woohoo – what a ride! City of Girls by Elizabeth Gilbert is Vivian’s life, told in flashback, and what a life it is! Chapter one sets the scene: “In the summer of 1940, when I was nineteen years old and an idiot, my parents sent me to live with my Aunt Peg, who owned a theatre company in New York City.” Vivian falls immediately in love with the theatre life, throwing herself body and soul into a life of late nights fuelled by excessive alcohol and promiscuous sex: “sometimes it felt like I was being dragged behind the city itself – sucked into this wild urban river of music and lights and revelry.” She is totally self absorbed and vain, but she has a spark and sense of humour that keeps the reader invested. Vivian’s story is also a love letter to New York City in the 1940s.

I fell in love with Aunt Peg; generous, but also unreliable and flawed, and her down-at-the-heel Lily Playhouse, populated by statuesque show girls wearing tired costumes, and producing revues that “were designed to make people happy without making the audience work too hard. Sometimes people just need to think about something else.” Vivian’s skill with a sewing machine makes her an indispensable member of the troupe. For any reader interested in costume and dressmaking, the details of how Viv creates her costumes out of scraps of fabric are fascinating. She discovers that dressmaking and design are her true callings and that she wants to master “the language of outstanding apparel.”

Throughout this whirlwind narrative, Gilbert gently explores the transience of youth and beauty; “- they’re such a short lease. Even if you’re the most beautiful girl in the room right now, there are ten new beauties coming up behind you all the time. The pretty girls always know it will end soon. They can feel how provisional it all is.”

After too many drinks, Vivian does something that destroys her life in New York. She returns to her hometown, and almost marries Jim, who doesn’t remind her of New York; “so I slid toward marriage, like a car sliding off the road on a scree of loose gravel.” Vivian starts to take responsibility for her decisions, and war is looming, so the story takes on a more sombre note (but don’t despair, it still has plenty of pep and sparkle). “When we are young, we fall victim to the misconception that time will heal all wounds and that eventually everything will shake itself out. But as we get older, we learn this sad truth: some things can never be fixed. Some mistakes can never be put right – not by the passage of time, and not by our most fervent wishes, either.”

There may be men in Vivian’s life, but it is the women who are her life. Her Aunt Peg and her tireless partner Olive; her flamboyant showgirl friend Celia and the feisty Marjorie who becomes her best friend and business partner. Vivian grows to learn that “when women are gathered together with no men around, they don’t have to be anything in particular; they can just be.”

This is a big book: 466 pages – but I didn’t want my journey with Vivian to end. Gilbert’s prose fairly crackles at times and I found it totally irresistible.

Find City of Girls in the SMSA Library Catalogue 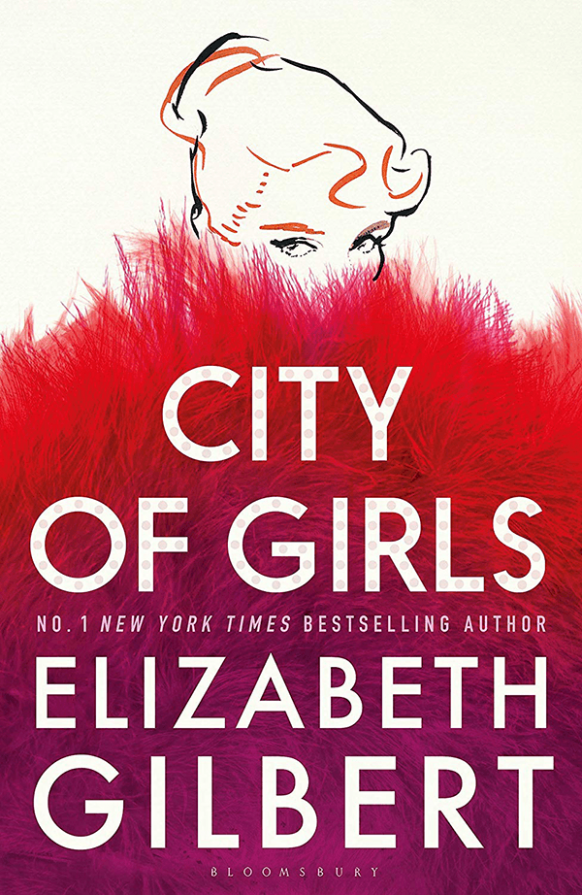