Michael Dibdin chose Italy and a Venetian working in Rome as his detective in the Zen series.

The first priority of detectives is to solve the murder, but in Italy, the policeman has other issues to contend with which makes his job doubly difficult. Zen is posted to Rome, although he is a Venetian. His colleagues are wary of him not only because he is an outsider geographically, he is also known to be incorruptible.

This attribute is well-known to his superiors who give him politically sensitive cases. In order to solve the case to his satisfaction he tends to disregard the constraints inherent in such a situation, sometimes to his detriment.

Cabal is a case in point. It is overlaid with political intrigue which leads him down many wrong alleys, but he finally solves the mystery.

Other novels written by Michael Dibdin are intriguing and convoluted which to me explains why he makes his detective Italian. Like Donna Leon’s, Guido Brunetti, Zen has a high moral standard but accepts the foibles of his fellow-countrymen philosophically. This perpetuates the stereotype of the Italian attitude towards authority, however true that may be. He also lives with his mother! 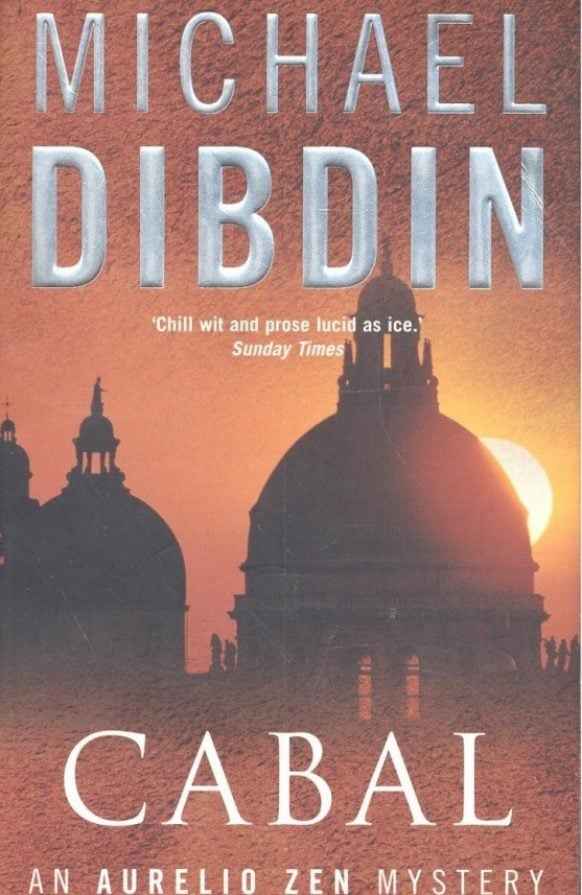