She grew up in London, England, and at a very early age began telling stories to her school friends during the London Blitz of WW II while huddling in bomb shelters. Kate moved to the U.S. in the early sixties, and had passed her 50th birthday when she published her first book. Since then Kate has written over fifty romance and mystery novels. She has one son, and married for the second time shortly after her 60th birthday.

Welcome to the Pennyfoot

The London aristocracy has discovered the pleasures of seaside holidays in Badgers End, and it’s Cecily Sinclair’s job as the owner of the Pennyfoot Hotel to keep them comfortable and entertained. Detective work is not part of her duties — but Cecily is only too willing to help the local constable when death pays an unexpected visit. There are 21 books in this series and “Mulled Murder” is the final one. She is currently looking at developing a new series (as at March 2016).

Left with only a muddle-headed butler, a bossy cook/housekeeper and a couple of energetic maids, Lady Elizabeth Hartleigh Compton has enough problems on her hands. Not only is she struggling to upkeep the sprawling Manor House and vast acres she inherited, she must also take care of her numerous tenants, while coping with the inconveniences and sacrifices of wartime England. Fortunately Sitting Marsh is far removed from the bombing going on in London and other cities. That doesn’t mean that peace prevails in the tiny village. There’s the handsome American major who takes over the Manor House for officers’ quarters, and the group of belligerent housewives determined to take on the German invaders, not to mention a murder or two

Meet the faculty and pupils of ‘The Bellehaven House Finishing School for Young Ladies’.  Meredith Llewellyn is headmistress of the exclusive school… and she has her hands full trying to turn rebellious, over-privileged tomboys into graceful and accomplished young ladies.

Her task is decidedly complicated by the ghosts of murder victims who insist on her helping them bring their killers to justice.  Watch the fun as Meredith does her best to keep her ghost-sleuthing a secret from her wayward charges.

The Raven’s Nest mysteries  series features Clara Quinn and her cousin, Stephanie Quinn Dowd, who owns a paranormal bookstore in Finn’s Harbor – a quiet, small town on the coast of Maine.  Clara has inherited the family’s Quinn Sense, a sixth sense that allows her to sometimes read minds, sometimes have visions and sometimes interpret dreams.  She looks upon the Sense as a curse, while Stephanie, who somehow missed out on the gift, would give her right arm to have it.   Since the Sense is unpredictable, unreliable and pops up when she least expects it, Clara has no control over it.  When the cousins are drawn into investigating murders, the Sense can either be a valuable asset, or a total nuisance

Tom Thorburn
Director, Board of the SMSA,
and Life Member 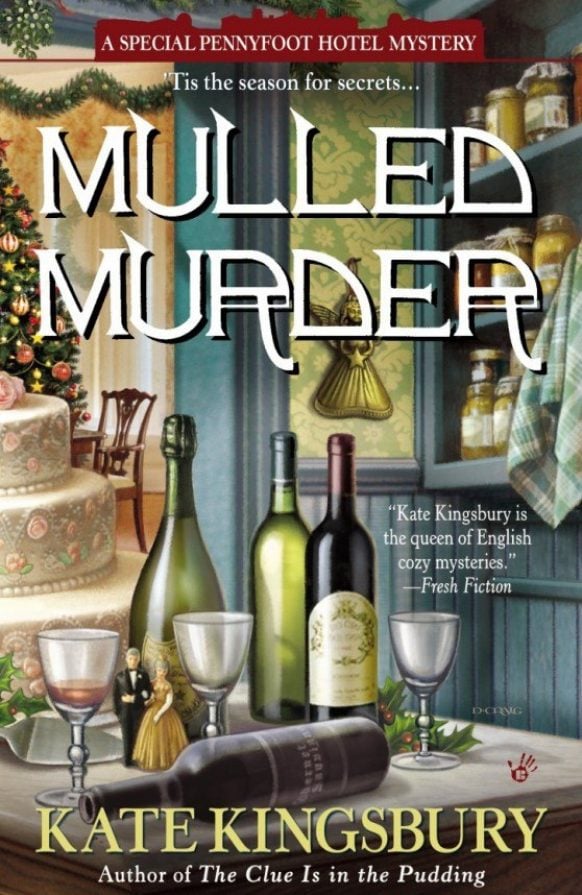