In An Incomplete Revenge by Jacqueline Winspear, it would be easy to cynically dismiss Maisie Dobbs as a bit of a Pollyanna; never jumping to conclusions, always giving people the benefit of the doubt and looking at peoples’ actions with empathy and compassion. These attributes are what make Winspear’s Maisie Dobbs series such a stand-out. Her stories are not so much ‘who, where and how’; but much more about ‘why’.

>Winspear’s descriptions of England after the First World War are full of period detail and I always find myself immersed in the time and place. In this novel, the fifth instalment in the series, Maisie is on a case that takes her to countryside Kent during the harvesting of the hops. Suddenly the Kentish landscape is flooded with itinerant workers from London and Gypsy families, and the locals are not happy. The village has a strange atmosphere, that Maisie finds very disquieting. There are secrets being kept involving a war-time Zeppelin attack on the village, with tragic results. The mystery at the core of An Incomplete Revenge is one of the best so far: complex and nuanced, involving a crime many would judge as unforgivable.

>Maisie is a thinker, and it’s these moments of reflection that make this series such an enjoyable read: “[Maisie] wondered about…those often elusive events, conversations, or thoughts that rendered the path clear for forgiveness to take root and grow in a wounded soul.”

Find An Incomplete Revenge in the SMSA Library Catalogue 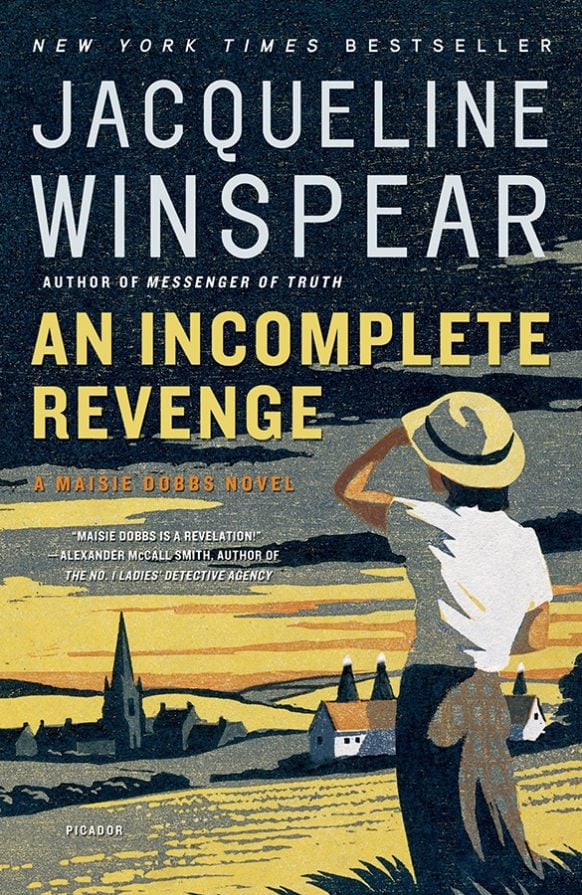