Historian Richard White joins us to talk about the new edition of Symbols of Australia: Imagining a Nation (2021).

Historian Richard White joins us to talk about the new edition of Symbols of Australia: Imagining a Nation (2021) which he edited with Melissa Harper.

We often think of nations and their symbols as transcending history, as permanent fixtures dating back to time immemorial. But both nations and the symbols through which we imagine them are constantly changing, despite the desire to think of them as immovable.

Just ten years ago, the southern cross was the most popular tattoo design in Australia. Today it is the tattoo most commonly being removed. National symbols never stand still.

In this talk, White will survey a range of Australia’s national symbols, from the formal to the popular, the commercial and the humorous, examining their origins and how they have been changing in the 21st century.

From Holden cars, to Uluru and the Akubra hat this talk will have you questioning how the symbols of Australia have changed over time.

This event will be held in person at SMSA’s Henry Carmichael Theatre at Level 1, 280 Pitt Street Sydney.

Free event – registration to attend this event is essential due to limited capacity.

Download a guide on how to register your attendance at our events using Eventbrite. 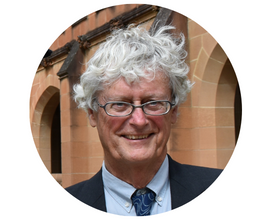 Richard White taught Australian history and the history of travel and tourism at the University of Sydney from 1989 to 2013. His publications include Inventing Australia, The Oxford Book of Australian Travel Writing and On Holidays: A History of Getting Away in Australia. His current research interests include the history of ‘history tourism’ in Australia and the history of the cooee, but has to admit he spends more time in the garden than at a desk. A new edition of Symbols of Australia (co-edited with Melissa Harper and first published in 2010) appeared in 2021.

Borrow Symbols of Australia from the SMSA Library